Our philosophy has always been that of great service, delicious food, and spectacular facilities, all of which are essential for providing the perfect event experience.

Come and see the inspiration that is The Royal Ambassador Event Centre.

Dating back to 1902, The Royal Ambassador property, and Innis Lake, were purchased by the local Innis family, and served as a social gathering place. In 1936, Murving and Annie Innis built a second hall on the north side of the lake, where locals of Peel County, Caledon East, Albion, and Chinguacousy communities attended many parties, dances and where many couples met and were married.

Innis Lake was the spot to be for locals, hosting Big Band Orchestras, The Good Brothers and serving as the venue of the Mariposa Folk Festivals, where big Canadian names like Leonard Cohen and Joni Mitchell left pieces of their legacies.

After two major floods, one of which caused by Hurricane Hazel, Mary and Don Currie, daughter, and son-in-law of Murv and Annie’s, as well as their children, constructed the next generation of the Innis Lake Banquet Hall. This hall offered a venue for dancing, celebrations, and fine dining.

After purchasing the property in 2003, the current owners renovated and expanded the existing building. They also completed a substantial landscaping of the entire grounds, all the while keeping in touch with the Currie family, ensuring they stay true to their vision for the property and exceeding their expectations. The grand opening of The Royal Ambassador was in June of 2004; a lavish event space with elegant finishings and grounds that pay homage to its country origins. 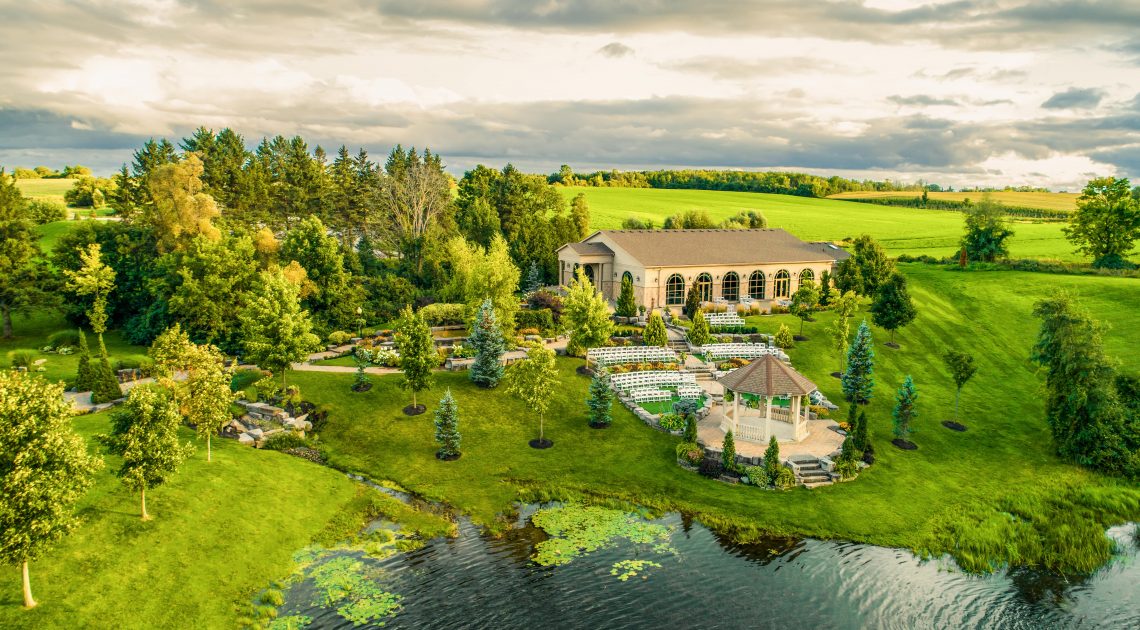 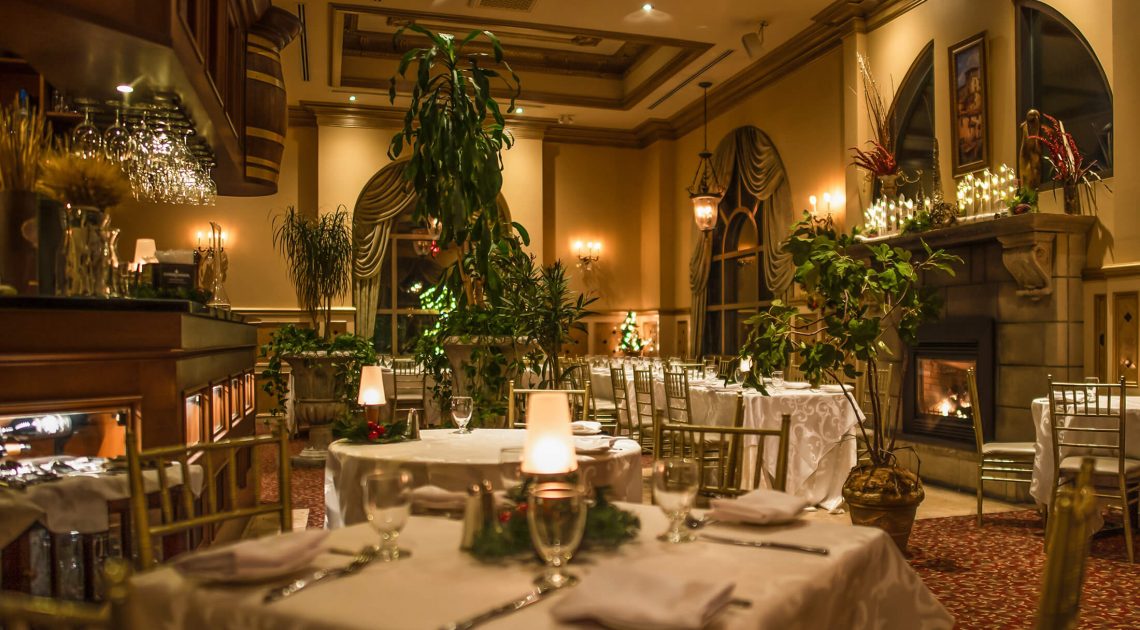 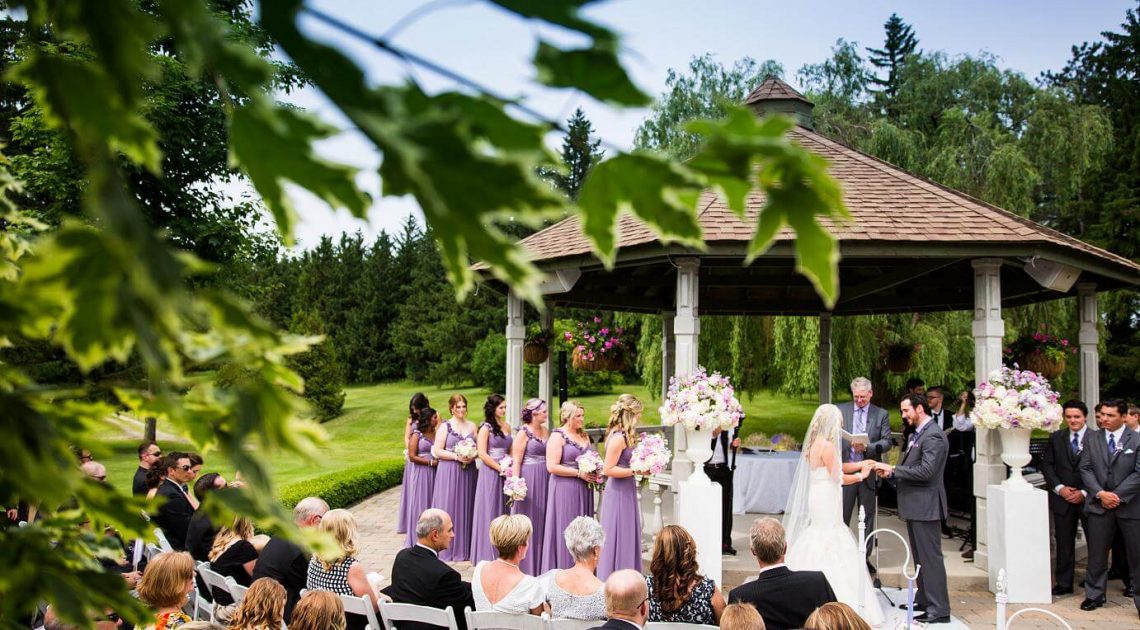 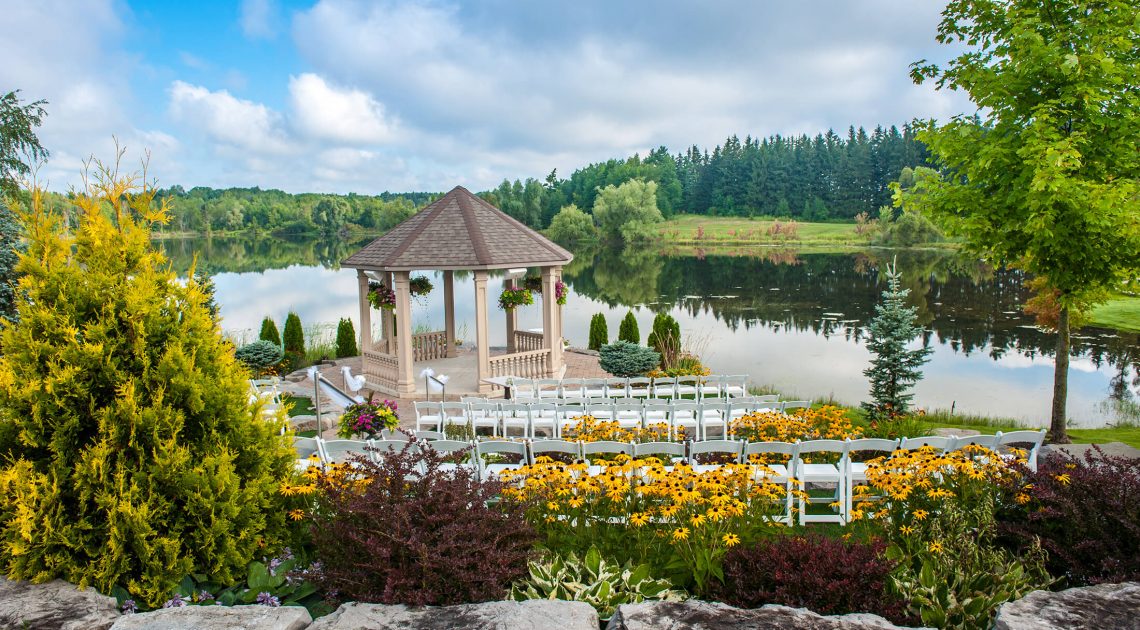 This was the first building to open as a completely renovated and expanded upon Innis Lake Banquet Hall. This building features The Embassy East, The Embassy West, The Consulate, The Library, and The Conservatory.

During the re-construction of the main building, the owners searched for a local, elegant restaurant which featured a picturesque patio and served great food that they could attend on a regular basis. This proved to be a difficult task and as a result decided to build their own.

Originally situated on the east side of the building, The Consulate was moved to its current space on the west side after

the completion of The Royal Ambassador’s first extension. This space was designed for intimate fine dining. The Consulate restaurant has become Caledon’s go-to destination when entertaining that special someone or trying to impress an important client. Along with a regularly changing menu which features great steaks and seafood, The Consulate Dining Lounge also features an award-winning wine list.

In 2005, a 4800 sq. ft. event tent was erected. It was called The Greenhouse because it featured large windows and allowed lots of natural light to enter the event space. Its proximity to Innis Lake provided spectacular views. As tented events often can be compromised by weather-related challenges, the tent was removed in favour of a permanent structure. While this new building provides heating, AC and protection from anything mother nature would unleash it was designed to maintain the look and feel of a tent on the inside.

This gazebo was the first of two gazebos constructed on The Royal Ambassador grounds. Sitting amongst the trees, The Terrace Gazebo gives you the pocket-in-the-woods atmosphere while maintaining a view of Innis Lake.

The second gazebo constructed on The Royal Ambassador grounds. Situated right beside Innis Lake, this gazebo features a tiered seating system and a beautiful view overlooking the water.

Interested in a career with The Royal Ambassador? APPLY NOW 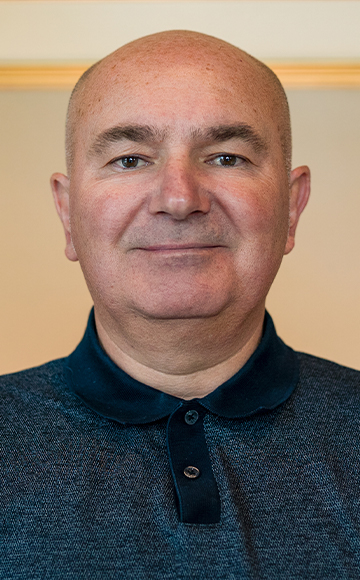 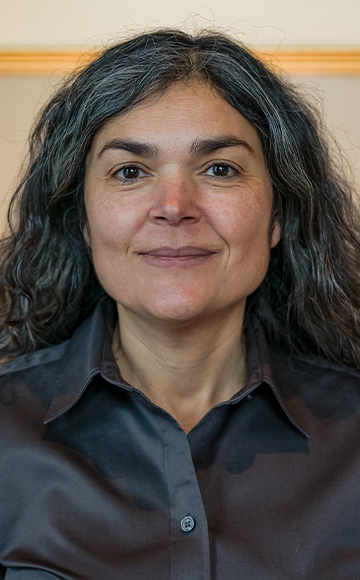 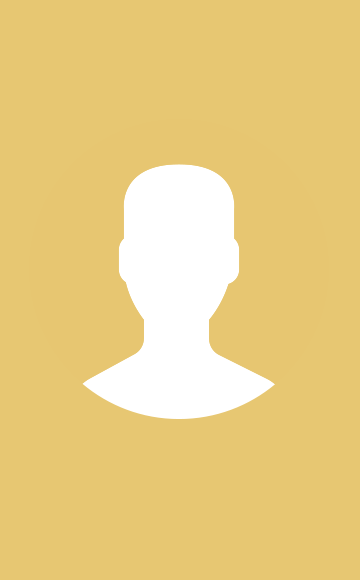 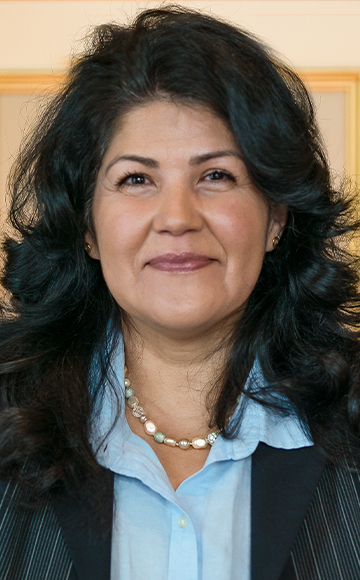 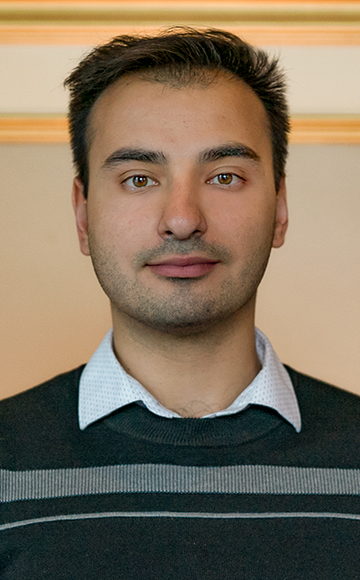 We are please to present our selection of trusted professionals, available to assist in
planning your event at The Royal Ambassador.

Your Eye on Photo

Looking to book your next event? We would love to speak with you. Please fill out the form below and one of our consultants will contact you!

Thank you for visiting